The War Against an Underrated Yet Essential Food in Our Diet (Part 6 of 6); Synthetic Meat and Industrialized Bugs? 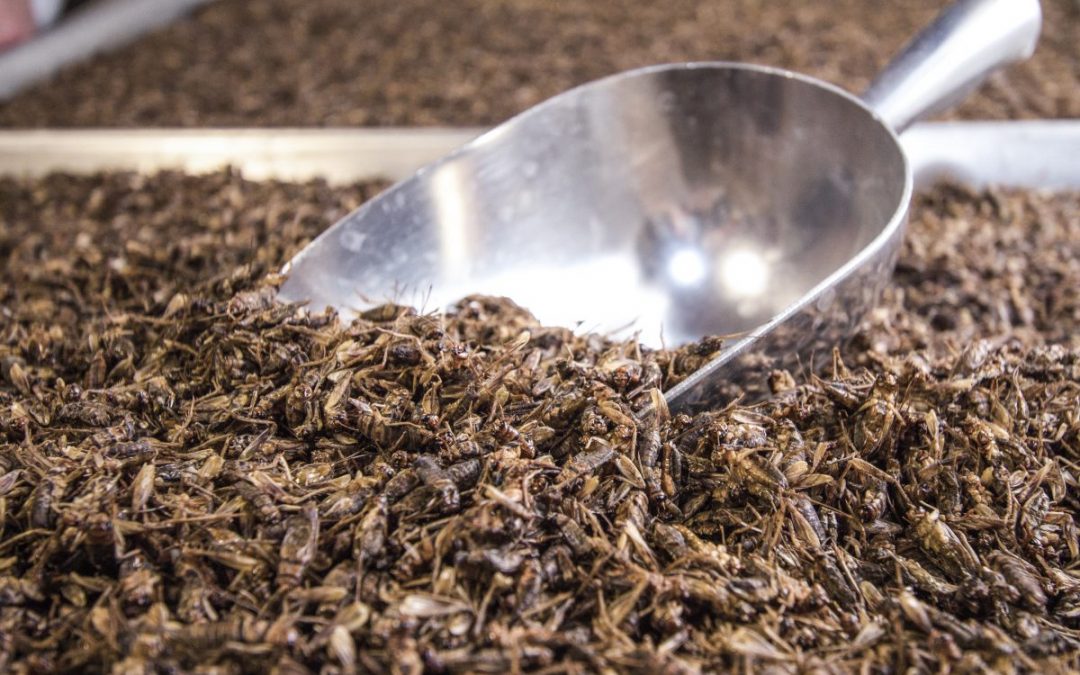 Gates also said in a 2021 interview that he wants “all rich countries” to switch to 100 percent synthetic meat but not the poor countries. He has since bought 242,000 acres of farmland. A report released in January 2021 found Gates as the biggest farmland owner in the United States.

Despite the media and Gate’s promotion of synthetic meat, this practice is in reality highly questionable in its sustainability and nutritional value. Though promising a reduced carbon footprint, studies (pdf) have found that the bioreactors used to produce meat will generate carbon dioxide that far exceeds what is generated by livestock over the long term.

Further, without the animal skin to protect the meat, lab-made meat can easily get contaminated with viruses and bacteria and is likely to be sterilized with antibiotics. Culturing meat may also require the use of animal sex hormones which have been banned since the 1980s, and there are currently no guidelines or legislation on how these can be used in laboratory meat.

The problem with the palate of artificial meat is a minor problem.

Consumers may be setting themselves up for malnutrition as there is yet a technology that can promise synthesized meat will have the same nutritional content and value as natural meat.

In recent years, nutritionists and health experts have raised the possibility of eating bugs in the future as a replacement for “unsustainable” meat protein.

Media sources promoting entomophagy often claim that insects, such as crickets, provide a higher amount of protein than meat.

This argument is false. Crickets provide around 13.2 to 20.3 grams of protein per 100 grams which is significantly lower than chicken and beef which provides 31 grams and 26 grams, respectively.

Given that crickets are significantly less dense in protein than beef and chicken, for an average person to meet their daily protein intake, they would need to consume a significantly greater volume and mass of crickets than if they were consuming meat.

Nonetheless, the push for greater social acceptance of entomophagy has persisted.

Celebrities such as Angelina Jolie, Nicole Kidman, Justin Timberlake, Zac Efron, and many others have disclosed to the public their entomophagy experiences.

“Crickets, you start with crickets. Crickets and a beer and then you kind of move up to tarantulas,” said Jolie during a 2017 BBC interview.

Further, influencers have been sponsored to review edible bugs on their videos. Stalls are also set up giving the public an opportunity to try cricket cakes, and various other insect “delicacies.”

However, this is nowhere enough to convince an average person to make the switch from meat to insects.

Advocates for entomophagy often use the claim that more than 2 billion in the world are insect-eaters to argue that the remainder of around 6 billion people can also be persuaded.

This statement has been heavily contested as studies have shown that this claim was not based on actual statistics.

A select group of bugs are eaten in several countries in Asia and Africa. Research has shown that only some people eat them, and it is most definitely not a staple, nor a frequent snack.

To combat public “resistance” to eating insects, some researchers suggest grinding insects such as crickets into flour, and disguising it in processed food to evade repulsion.

However, given that many Western and developing countries are already facing a public health crisis from processed foods, replacing meat completely with bug flour is likely to further exacerbate the global health problem.

Further, a major proportion of insects is a polysaccharide carbohydrate called chitin; a carbohydrate humans cannot break down.

The future of bugs as a food source would also require mass production of bugs rather than catching them from the wild, which is what is happening now.

Already in France, a factory was erected in 2020 to industrialize bugs. The Bill & Melinda Gates Foundation also funded All Things Bugs in 2012 to produce bug-based food.

YouTuber Kiana Docherty raised the concern that industrialized bugs for food may lead to a monopoly in the food industry.

Since a food industry based on bugs will need to be mass-produced in the factory, this technology is likely to exclude small businesses and farmers, running completely contrary to the livestock industry where everyone is able to raise and grow their own food, provided they have the space.

SERIES WRITTEN BY:  Marina Zhang via The Epoch Times

Marina Zhang is based in New York and covers health and U.S. news.