The War Against an Underrated Yet Essential Food in Our Diet (Part 5 of 6); Regenerative Agriculture, A Potential Solution 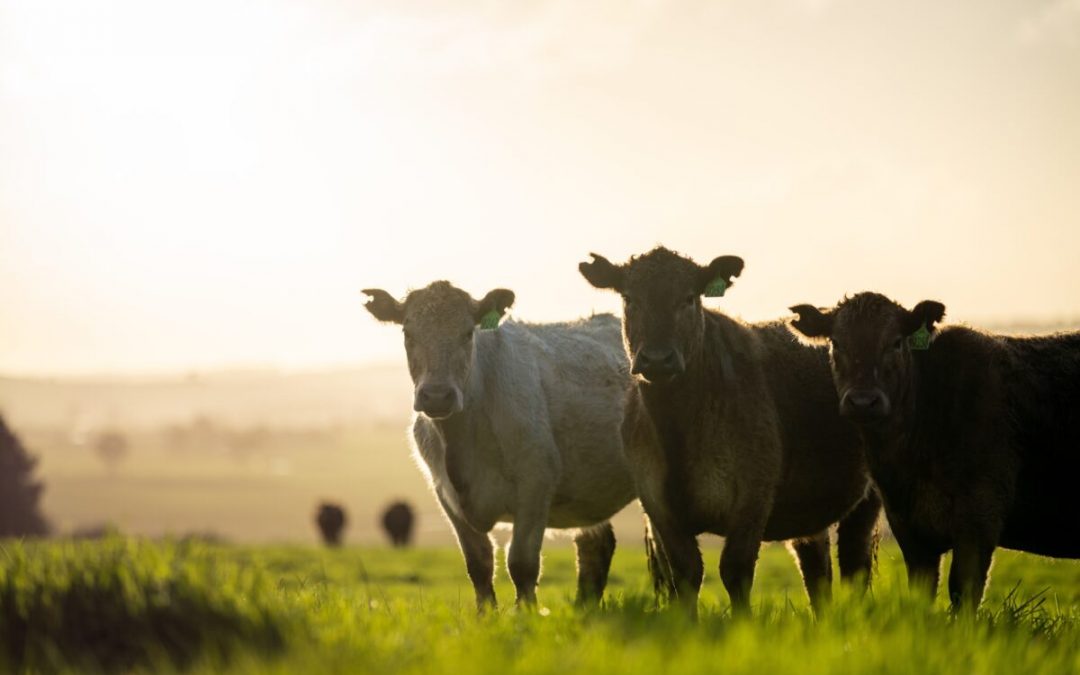 Some have suggested regenerative agriculture as a practice to reduce carbon emissions while producing more nutritious and ethical goods. Regenerative meat products are already entering the shelves.

Cattle and other livestock gradually move through the pasture, grazing on different plots of land over time, rather than grazing in a fixed area.

The practice also resolves the problem with the methane by using it as natural fertilizer. Livestock produce methane as part of their digestive process. Decomposing manure generates both methane and nitrous oxide. However, the pasture the livestock graze on can store and use these gasses as fertilizers, producing more fertile land, while reducing carbon emissions.

The opposite of rotational grazing would be leaving livestock to graze continuously on the same pasture. This can lead infertile and damaged land as animals may eat the grass down to the ground, which disturbs the topsoil, the carbon stores and can lead to erosion.

Though advocates for regenerative agriculture argue that this practice is viable for the future, nonetheless, the politically driven agenda and the pandemic has resulted in significant decline in the livestock industry. Since the 1980s, cattle numbers have been in a state of steady decline.

In general terms, regenerative agriculture takes a more systems-based, holistic look at the land being stewarded and applies various principles with the goal of making the land more productive and biodiverse over time. In most situations, improving soil health and function is the key to improving productivity and biodiversity. One of the key components of healthy soil is organic matter, which is anything that is alive or was once living, such as a plant root, an earthworm, or a microbe.

Improving soil organic matter content in our soils can reduce or stop soil erosion, and improve: aggregate stability, water infiltration, water retention, nutrient cycling, plant health, crop yields, crop resilience, biodiversity, and more! More organic matter in the soil also means we are moving carbon from the atmosphere and depositing it into the soil, where it can be a net positive for the planet instead of a net negative as a greenhouse gas.

There are no hard and fast rules to learning, implementing, or transitioning to regenerative agriculture – the approaches and techniques employed will vary by grower and region. And soil health practices can go beyond agriculture and involve landscapes throughout our non-agricultural lands, whether it is a city park, a front yard, or a school playground. Individuals, communities, and even large cities around the globe have started to wake up to the importance of soil and its critical role in our ecosystem.

When we are looking at a farm or ranch, however, regenerative agriculture incorporates six key components. The first one is really important and unique to each person, the other five are the principles that are employed depending on your context.

3. Establish a “Living Root”
Have a plant photosynthesize and pump carbon-based exudates into the soil to feed the soil biology for as long as possible throughout the growing season. Perennials are able to do this well.

4. Provide Soil Armor
Also referred to as “cover cropping,” bare soil exposed to the elements harms soil health, so it’s recommended to always have some living or dead debris covering the soil.

5. Integrate Animals
Have one or more types of animals move across your fields if it can work in your context, otherwise known as planned grazing.

6. Enhance Biodiversity
Add diversity to whatever it is you are growing – this could be planting diverse hedgerows throughout the farm, installing owl boxes, integrating honeybees, or diverse multi-species cover crops.

Not all these principles must be used at the same time, although they tend to work more effectively in combination.

How It Helps Farmers

Today, the average farm in America is still losing over 4 tons of topsoil per acre per year. Facing record crop losses from flooding, drought, and weather extremes farmers are also adding to their outstanding debt at about 4% per year.

Most conventional farming has focused on improving yield by using lots of expensive fertilizers, chemicals, and seeds, but over the long run, that system is failing.

Regenerative practices that can reduce erosion and even build topsoil by improving the amount of carbon stored in the soil can have a significant impact on a farmer’s bottom line.

Farmers know they can make more money by improving yield, improving quality, raising prices, and reducing production costs, but how can any or all of these be accomplished by regenerative practices? A deeper understanding of how soil functions within the ecosystem are critical to becoming more profitable.

Regenerative agriculture practices focus on improving soil health and biodiversity, by protecting the soil from erosion and increasing the number of carbohydrates (food) that get pumped into the soil via plant exudates.

Because healthy soil can infiltrate and store more water, farmers can still get yields even when there are droughts and they can save money on irrigation costs.

How It Helps the Environment

Healthy soil creates a positive feedback loop across the ecosystem. By supporting nature’s natural processes with indigenous wisdom and sound science humans can create soil that improves resiliency and reduces greenhouse gases like carbon dioxide, methane, nitrous oxide, and water vapor. There is even the potential to cool the climate if large enough areas are regenerated.

Soil health begins and ends with a diverse microbiome. Agricultural systems somewhat mimic dominoes – when you strip away animals from an agricultural system, for instance, you strip away the cow’s ability to graze the grass, which when done right, would allow each grass stalk to grow to a level suitable for annual soil renewal.

While there may be no one-size-fits-all, there is a best practice rule: inspire diversity. Restorative agriculture holds the methodology and philosophy to re-install, encourage, and build a diverse microbiome in our soils once more.

Regenerative agriculture reduces greenhouse gases because it not only causes fewer emissions, but these practices simultaneously sequester and reverse emissions.

There are two major gas-emitting factors related to agriculture – livestock and crops. When you’re talking about cattle emitting gas, you’re actually talking about animal feeding operations (AFOs), or a concentrated animal feeding operation (CAFO). For the purpose of this article, we’ll address CAFOs, which are stinky dirt pits, put plainly. Right now, cows in the United States live in terrible conditions all the time, not to mention the workers. Just pick up Michael Pollan’s book Omnivore’s Dilemma, and you’ll get a clear image. CAFOs emit massive amounts of greenhouse gas from the soil – which isn’t actually soil. The ground at CAFOs is largely urine and fecal matter, and you wouldn’t want to smell it. Methane (CH4), is one of the primary gases coming off of CAFO ground.

Cows grouped together every day are also farting and burping constantly. One of the byproducts of their digestive gas is also methane gas. But don’t blame the cow. There’s an important distinction between a cow on a CAFO and a grazing cow. When cows are eating a diet as they do in CAFOs – consisting of corn and soybeans, both of which cows are not designed to digest – their stomachs become upset. Cows have evolved to digest grasses, not modified corn. Instead of looking at their diet, the agriculture industry has masked the issue by giving them antibiotics, which damages their gut biome further and shows up in the meat we purchase. All of this activity is causing a lot of methane – whether it is the manure pits or the cows themselves.

If we switch over to a regenerative state where cows are out on open pasture and eating grasses they digest well, they aren’t burping and farting constantly. This is step one.

Conventional farmers may use medicine like dewormers, which kill dung beetles. Again, if you’re in a natural setting without medicine killing the beetles, then you’ll observe this beautiful process where the beetles break down the poop, and after a couple of days, the poop breaks down back into the soil, acting as a fertilizer. It’s incredible what nature can show us when we allow it.

In a regenerative system, cows move around the pasture more regularly, and if humans are supporting them correctly, they’re performing a process called “tall grazing.” In tall grazing, a cow only grazes the grass up until a certain end, so each piece has enough green matter left, allowing it to go through a continuous process of photosynthesis throughout the year. This in turn makes it grow faster and helps to keep methane in the soil.

CO2 is another gas released from animal feedlots. Remember, there is no photosynthesis occurring in a feedlot.  You won’t see a single blade of grass and absolutely no soil biology. Picture that.

Now, visit a grassland where you have quite literally 50 or more species growing in a native pasture. In that pasture, there are all kinds of life both above and below the ground, and photosynthesis is driving that entire cycle, diverting CO2 from the atmosphere into the soil and through the plants, feeding soil biology. Further, there are carbon-based lifeforms in that soil which ultimately create more microbes in the soil, including more root mass and overall organic matter, all of which contain carbon.

Nitrogen is also an issue. What do we do with nitrogen in conventional agriculture? We use it as fertilizer. But, we use too much of it, which off-gasses into nitrous oxide. We could, in turn, make nitrogen fertilizer out of the atmosphere, as 78% of the air we breathe is made of nitrogen.

Turns out, nature is really good at taking nitrogen out of the air and converting it into plant food. Soil microbes will convert atmospheric nitrogen into plant-available nitrogen – some of it will turn into ammonium, nitrite, and nitrate, and it makes amino acids, which are the building blocks of protein. More good news is that we will never run out of nitrogen. There are many cases where farmers tap into this type of fertilizing resource successfully. Farmers can also save money by not using fertilizer or not over-using it, which will also help nitrogen to stay out of the atmosphere.

The ways described above are mitigating the ‘bad gases’ going up into the atmosphere because we can sequester CO2 into the soil while minimizing methane and nitrogen out in the atmosphere.

The last potent greenhouse gas that some people may not think about is water vapor. As the climate warms, we have more water in our atmosphere. If you know anything about water, it holds onto heat. If you have more water vapor in the atmosphere, that water vapor acts as another layer of greenhouse gas. Right now, it’s actually a large amount. Let’s go back to healthy soil. Healthy soil can store and infiltrate more water, because of its higher organic matter content.

Humans have the potential to store more water in our soil than all the dams, rivers, and lakes that we have … that is if we practice regenerative agriculture and start increasing our organic soil matter.