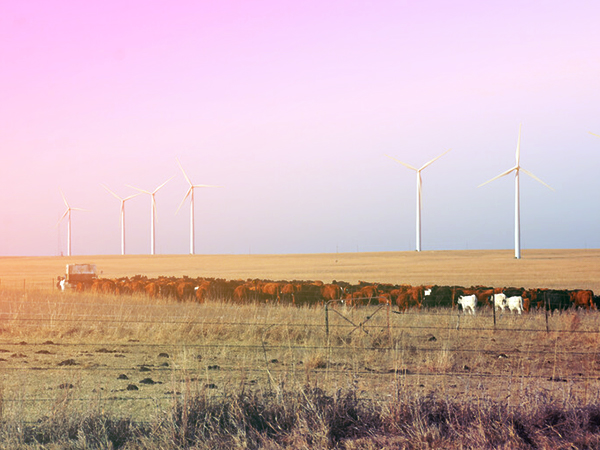 Under intense pressure to meet demand for products that measure up to consumers’ personal values, U.S. food companies are feverishly working to rejuvenate their brands with green initiatives.

Last year’s IFIC Foundation’s Food and Health Survey found over half of consumers (54%) say it’s at least somewhat important that the products they buy be produced in an environmentally sustainable way.

In short, sustainability is no longer a fad. The heavy-hitters of the retail food industries are jockeying for position, and actively recruiting suppliers — farmers and ranchers — ready and willing to help meet new consumer demands on food sustainability.

Selling 75 hamburgers in America every second, McDonald’s has the clout to effect change. But the company is far from alone in its embrace of sustainability. A non-governmental organization (NGO) called The Sustainability Consortium calculates an annual sustainability index it calls the Thesis Index, with participation by companies such as Walmart, Amazon and Kroger.

Ranchers such as Hughes, whose Chinook Ranch spans 4,500 acres with 500 Hereford X Angus cows, 400 yearlings and 80 heifers, put a real-world image to such sustainability campaigns.

“I am happy to be an example of all the good work that is going on in my industry, and I appreciate and recognize the commitment that McDonald’s has made to Canadian ranchers,” Hughes says.

A key objective for food companies, especially those selling meat, is to push back against claims livestock production drives climate change. Tyson Foods launched a new multi-stakeholder global sustainability initiative last month on what was, at that moment, the world’s largest stage: the 50th World Economic Forum held in Davos, Switzerland.

Seeking to advance what it calls the “future of global protein,” Tyson unveiled the “Coalition for Global Protein” that will convene leaders from the global protein industry along with academia, NGOs and financial institutions. Tyson says its goal is to unite stakeholders across the food and agriculture sector to identify and implement new and creative solutions to sustainably feed the world’s growing population. 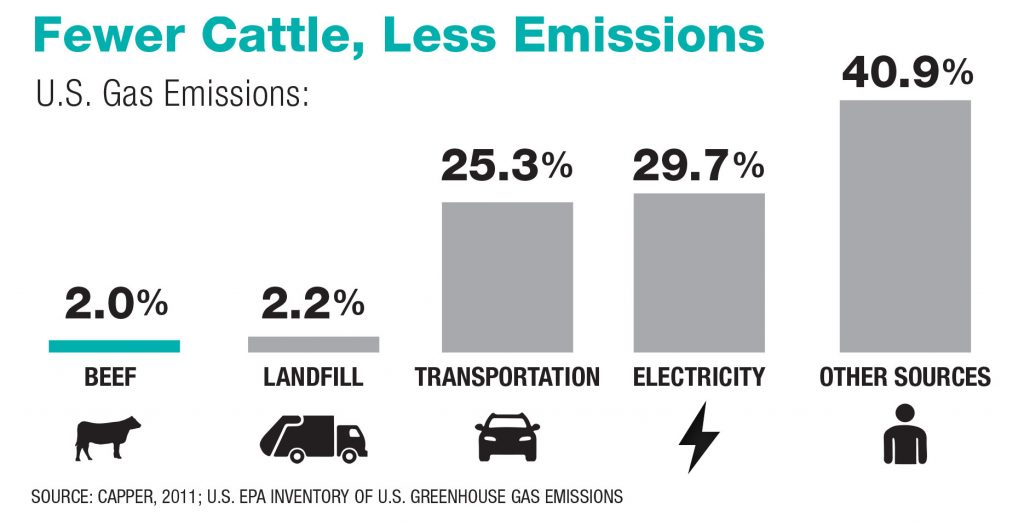 “Efforts to make the production of high-protein foods more sustainable must continue,” says Lawrence Haddad, of Global Alliance for Improved Nutrition, speaking in Davos. “These foods, many from animal sources, are vital for the healthy growth of young children, especially those who already have poor-quality diets.”

Tyson Foods CEO Noel White says the company wants to “help ensure the responsible production of affordable, nutritious food for generations to come. Collective commitment and immediate action are needed to deliver the greatest impact on the future of sustainable food production.”

The launch of the Coalition for Global Protein comes as global livestock production falls under increasing criticism for its contribution to climate change. Reporting on Tyson’s announcement of the “Coalition for Global Protein,” Yahoo! News called the initiative “the latest move by a meat giant to help scrub the industry’s image as a greenhouse-gas-emitting machine.”

Such sentiments are already firmly entrenched in consumer media, so corporate sustainability efforts will need to be both transparent and effective. For its part, Tyson says the coalition will focus on increasing understanding around the challenges of feeding a growing population and testing new ideas through pilot programs. Areas of focus could include reducing food waste, increasing access to protein and protecting ecosystems.

“We’re focused on uniting the world’s most influential, food-focused stakeholders around a shared purpose to build a future of protein that is sustainable and equitable across global communities at every link in the supply chain,” John R. Tyson, chief sustainability officer at Tyson Foods says.

Many companies are jumping on the sustainability bandwagon. Last month The Wendy’s Company, with more than 6,700 stores worldwide, released its 2019 corporate social responsibility (CSR) report under its new banner, Good Done Right, highlighting a new commitment to have a comprehensive accounting of animal care best practices, including responsible use of antibiotics and animal housing conditions, by the end of 2024.

“Good Done Right is our way to communicate how we’re advancing various commitments to make a positive impact in the areas of food, people and our environmental footprint,” says Todd Penegor, Wendy’s president and CEO.

Others with growing sustainability efforts include: Taco Bell, which last year stated it would “work to ensure all of our beef is sustainable;” Starbucks, which announced a goal to double the recyclability and compostability of its cups and packaging by 2022; and Walmart, with Project Gigaton, an initiative to remove 1 billion tons of GHGs out of its supply chain by 2030.