Mob Grazing: The Organic and Efficient Way to Graze 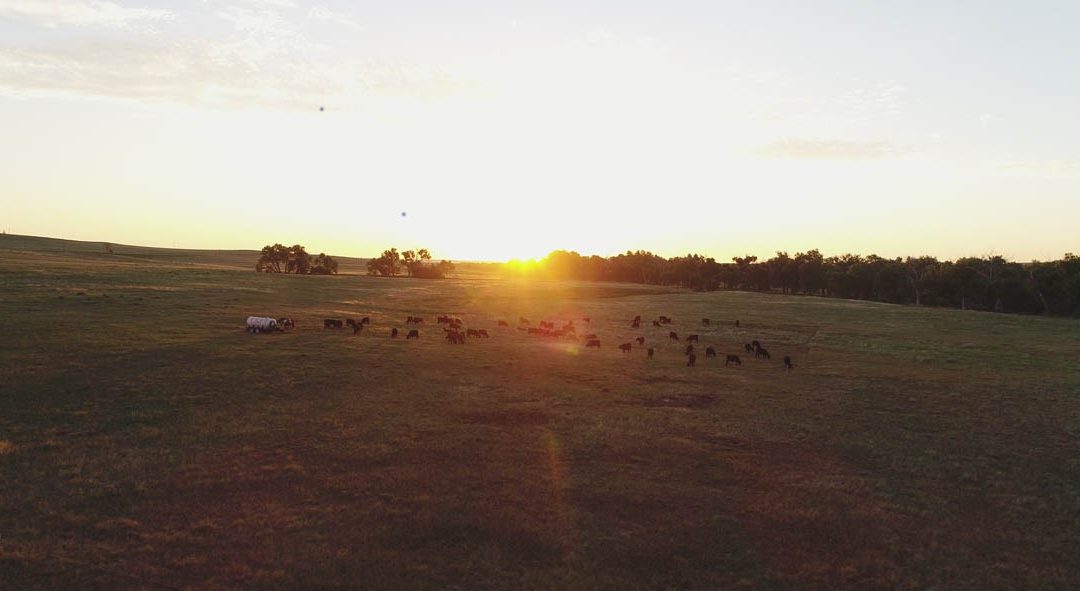 Animals have been grazing on pasture since the beginning of time. In much of America, ranchers have been using the same basic methods for generations.

You may be thinking, well that’s the way we do it. What’s wrong with that? The truth is there’s a better way and it benefits the cattle, the land, and the farmer.

What is Mob Grazing?

Mob Grazing is a method where you divide your pasture into a grid. Many ranchers use 1 acre or so at a time. You fence if off with a portable fence and allow the herd to graze there for half the day. You then move them to another section of your pasture for the second half of the day. This is called Mob Grazing because they are in a smaller space, clustered together. It kind of looks like a crowded cafeteria. After each grazing you allow the pasture to rest and revive. The cows leave behind fertilizing manure and nutritious plants grow back in about 80 days or so. Mob Grazing has a number of benefits. Here’s a run down of the benefits.

When cows are left to graze freely as in traditional grazing, they eat whatever they want. And if they are there for a long time they may only eat the best plants, leaving the less nutritious ones to flourish. This means that every year they are grazing traditionally, your pastures are losing their nutritious plants to less-nutritious weeds.
Solution: Mob grazing means that a section of pasture may be eaten more quickly but then is given ample time to recover and continue growing those nutritious plants. Ranchers plant a cocktail of both flowers and grasses. This also attracts pollinators which is an additional benefit.

Traditional grazing is hard on a rancher’s pocket book. It takes far more acreage and fencing to keep things moving. Additionally, every year ranchers have to seed new grass for the livestock.
Solution: Mob grazing means that cattle are getting better nutrition with less inputs. They are feeding on fresh plants every day. As they move along the grid they are leaving behind manure, which fertilizes the variety of plants and flowers growing, which then attracts pollinators continuing the cycle.

Grazing the traditional way is simple. Cattle graze in an area until the rancher decides to move them. They will eat until there is nothing left to eat. This means that they may favor a certain plant and only eat that. Therefore, they are eating pasture that’s been stressed for weeks.

Mob Grazing means that twice a day they see their rancher. They are moved from a freshly mowed pasture to another smaller pasture of fresh green buffet. This increases nutrition and the cows eat everything. One rancher mentioned that when they move into the next pasture it’s like a competition. Everyone’s eating because once they know it’s gone, it’s gone.
I think it’s easy to see why we at Rafter W. Ranch have decided that moving to more efficient, nutritious and sustainable grazing is best for all of us. Mob Grazing is the best way for us to raise delicious beef for your table.