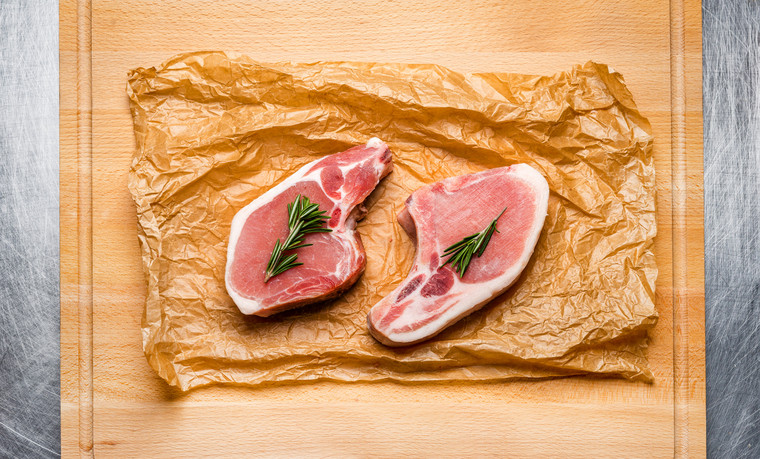 At Rafter W Ranch, we believe that sustainable farming practices are important to the health of individuals and our planet as a whole. Our goal is to make sure that the products we produce are of the highest quality, providing nutrition for our customers while avoiding harm to our resources. Our protocols include pasture-raised animals that are moved daily, a commitment to never using animal by-products in feed, and avoiding the use of drugs and antibiotics.

We’ve all heard time and time again that buying pastured meat is better for our bodies and the environment, but all the best intentions can come to a screeching halt when we’re looking at two packages of meat side-by-side in the grocery store and one costs more than the other.

It can be hard in that moment to justify choosing the more expensive option, but in her video on the topic, Sarah Moran explains how the higher priced meat is actually an “honest price” while the cost of factory-farmed meat is hiding its true cost. Sarah gives four reasons that factory-farmed meat costs more than it appears to cost at the buyer’s endpoint.

In the United States, farmers’ crops are subsidized, which means that taxpayer dollars go to pay farmers for growing crops. According to NPR, the cost of government aid to farmers in 2017 reached $23.9 billion. As a result, the cost of many products like corn and soy are artificially lowered because the true cost of growing the product isn’t reflected in the final price tag. What does this have to do with pastured meat? Well, many animals are fed these subsidized crops, which factory farmers are able to buy at a lower price than they actually cost to create. In addition, Sarah points out that even when pasture-raised animals are given feed, they are often given non-GMO feed that is not subsidized by the government because the consumers of pasture-raised products demand this assurance. The overall result is that animals in factory farms are able to be fed much more cheaply because taxpayers are paying for it upfront instead of at the checkout line.

The second reason Sarah gives for lower-cost factory-farmed meat is that factory farming has a fast turnaround. Corn fattens faster than grass, so the cows fed a corn-heavy diet grow faster than pasture-raised cows.

In addition, antibiotics are often routinely used rather than only to treat an animal who needs them. This is a global concern, and Sarah points out that it also has the side effect of making animals grow faster than they normally would. Once again, this gives factory farms the ability to move an animal through processing at a much faster rate than pasture-raised animals.

It might not be clear what oil prices have to do with your meat costs, but Sarah explains that oil is a huge part of factory farming practices. Many pesticides used on those subsidized crops are petroleum-based, and factory farming requires a lot of transportation that runs off of fossil fuels. All of that grain has to be shipped in, and it is carried on trucks that run off oil-based fuels.

The low cost of oil allows factory farms to continue these practices, but ensuring oil prices remain low requires military and political costs in exchange, giving oil a true cost that far outpaces what we see at the pump.

Finally, Sarah outlines some unseen costs of factory farming. Eating food that does not contain high nutritional value will eventually cost us in healthcare expenses. More pressingly, the routine use of antibiotics in livestock has been a major contributing factor in the rise of antibiotic-resistant bacteria. As Scientific American explains, “Antibiotics seem to be transforming innocent farm animals into disease factories.”

The cost of factory farming may well exceed anything we can measure in dollars and cents. If we end up with strains of bacteria that we can no longer ward off with antibiotics, the cost to human life will be immeasurable.

Other hard-to-measure impacts of factory farming include, as Sarah explains, the pain and suffering to the animals raised in inhumane factory farm conditions and the environmental impact of factory farming’s practices, especially their disposal of waste that can contaminate water. In comparison, pastured-meat farms will compost that waste, creating a sustainable cycle with little negative impact on the environment.

The most important thing to take away is that the price you see on the package of meat as you shop isn’t an honest reflection of the price we pay. You may pay less at the grocery store, but you pay more everywhere else. The pasture-raised meat may give you sticker shock, but it is an honest price that reflects the work that goes into sustainable practices that will cost us all less in the long run.

If you’re ready to make changes that will have a lasting impact on you and the world around you, committing to eating pastured meat is a great place to start!