The History of Angus Cattle 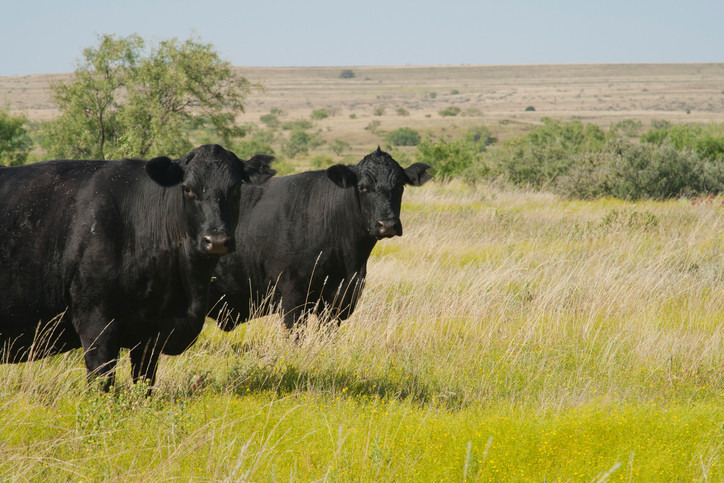 Hey, friends! We’ve already shared some of the history behind our Dexter cattle and Katahdin hair sheep; now we’d like to spend a portion of time talking about another breed of cattle that we raise here at Rafter W Ranch; the “Famous Black Angus”.

The Angus has its roots in 12th Century Scotland, where the black hornless cattle were raised by highland farmers. But it wasn’t until the 1800’s that an effort was made to refine the breed into what it is today. In the Scottish counties of Angus and Aberdeenshire, two different cattle breeders developed what would become the most iconic meat cattle in the world.

In 1808, a man named Hugh Watson from Keillor Farm in Angus county began to selectively breed from a wide variety of the black hornless cattle. He was looking for an animal that would produce high-quality meat, and would be docile and easy to raise. In 1824, another farmer named William McCombie in Aberdeenshire (the county just above Angus) established a large herd of cattle from Watson’s bloodlines and continued to perfect the breed, keeping meticulous records during the process.

McCombie promoted the resulting cattle all throughout England and France, and they became known as Aberdeen-Angus cattle. Their popularity continued to grow, and soon they were brought to the American West to improve the beef market in Kansas and Missouri. At first, American ranchers were skeptical of the sleek hornless breed, doubting whether they could compete on the winter prairies with the native longhorns that dominated the cattle ranches of the time. But the Aberdeen-Angus proved themselves to be hardy, productive, and quite able to rival any other breed in the meat industry. They became known as simply Angus cattle in the U.S., and the American Angus Association was founded in Chicago in November of 1883; this has grown to be the largest meat breed registry in the world!

Although we realize that the modern mainstream meat industry has made poor decisions in terms of management and operation (feedlots, mega farms, etc.) the Angus is still an icon of quality beef. We choose to raise our herd of Angus the way that God intended, out on the grassy pastures where they can grow strong, healthy, and happy; and that means a better product for you. Come visit our store today and see what we can put on your table!